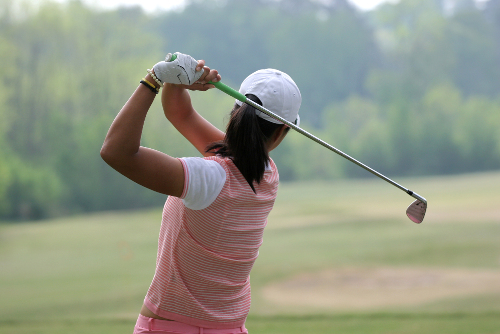 Learn to “hit the ball better, not harder”; timeless advice from renowned coach John Jacobs. I’ve said it to many of my pupils over the years too. Yes, distance is an important component in playing good golf, but so many golfers go about chasing extra yards entirely incorrectly.

View extra yardage as a nice by-product of better technique, not the primary objective. Develop an efficient swing; one which produces good distance with little effort. That’s the opposite of what I regularly see - all sorts of heaving, straining and lunging - producing very modest results. Hitting a golf ball really shouldn't be that hard!

In a lesson, my favourite reaction is a pupil hitting a shot, looking up and saying in surprise “wow, that went a long way!”. That tells me that they’re on the right tracks with their swing. I'll often say to my pupils, "don't try to hit it a long way, but if it goes a long way, then great!".

When you start to hit the ball as far, or a little further, than before, but do so with less effort, then your swing is becoming more efficient.

Many of you may recognise this experience. You’re playing a long par 4, there’s a pond in front of the green that you can’t carry so you decide to lay up. It’s 180 yards to the pond, so you pick your 6 iron which you normally hit around 160 yards. You make a smooth, low effort swing, strike the ball sweetly and, lo and behold, the ball almost reaches the pond. You think, how did that just happen?!

Well, the smoother swing (and the intention of making a smoother swing) helped you to coordinate the club with your body efficiently; your body didn't try to over power the swing. That allowed you to maintain good balance which, in turn, helped you to apply the club head to the ball effectively, so finding the sweet spot and thus transferring maximum energy into the ball.

The lack of tension freed up your arms, allowing them to swing fluidly. This allowed you to release the club head through the ball with good speed.

Going for the Big Shot

Contrast that effortless feeling with another scenario you may recognise - taking on a big shot, maybe going for a green on a downwind par 4, or a par 5 in two. The mindset is, “I’m going to give this everything I’ve got”; instinctively you tense up, the arms don’t swing freely, the body gets too involved and tries to muscle the shot, your balance and coordination goes…and we know the result.

Our instinctive sense for producing power is often utterly counter productive to hitting the ball a long way.

Our brains and bodies associate power with force, therefore we ready and engage the muscles we’d use for providing force. But that’s the power we would use to, for example, heave furniture up a flight of stairs. Entirely wrong for golf.

Instead, we want tension free, fast muscles, to provide SPEED. It’s more akin to a badminton player snapping their racket through a shuttle cock. It’s faster, not harder.
Tense up, and we’re effectively hitting the brakes.

Years ago, I remember John Daly being asked his secrets to long driving. The man, who epitomised “Grip It and Rip It”, said the first thing he did was take a light grip on the club and loosen his arms. How many would have thought that lightness was one of the “Wild Thing's” keys?

Ever wondered how the ladies on the LPGA can drive past 250 yards? They might not be too good at moving furniture, but they certainly know how to move a golf ball effectively.

So, relax your arms, allow them to swing fluidly and in sync with your body, keep good balance, swing within yourself and let the club head release freely through impact.  A proven formula for a low strain and powerful (fast) swing!

If you’d like to develop a low strain, body-friendly and efficient golf swing then please contact me to arrange a lesson.

The golf season is here – let’s get your game in shape!

How to drive the ball in the wind

What are good Fundamentals of golf and why are they crucial to your game?

The 3 key stages to get right in your swing

How the world’s best will tackle Carnoustie

The Obsession with Distance: Know your Speed Limits

Do I need a new driver?

“Hitting the ball better, not harder”

The art of putting

Head movement in the golf swing: don’t listen to the myths! 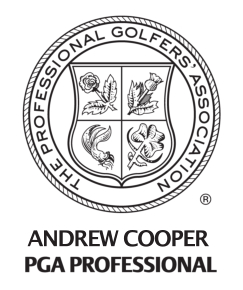